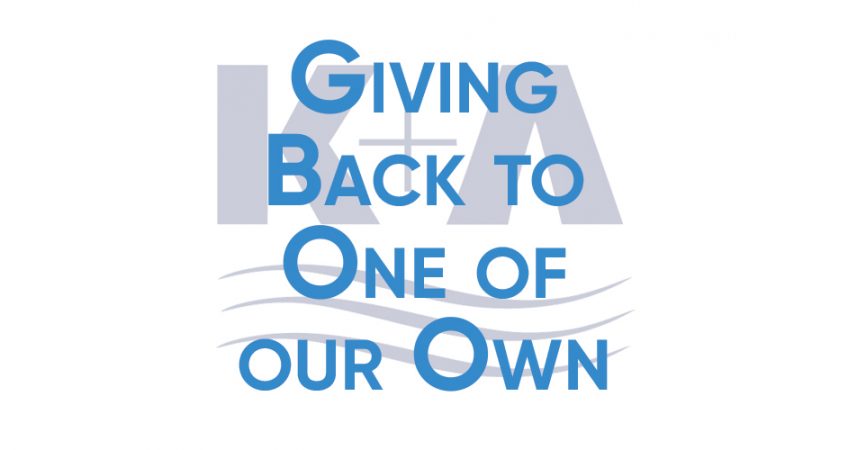 Posted by admin-kumar In Culture, People

One of our newest members to K+A experienced an accident during one of our March snowstorms.  We are helping raise money for his medical expenses.  All funds raised through GiveButter will go directly to John Thomas to cover his medical and therapy expenses.  Read his story below.

On Thursday, March 17th, John Thomas fell off the roof of his home, while trying to seal a leak after a snowstorm. As a result of his fall, he dislocated and broke his hips and has small fractures along his spine. He had a pin placed in the ball off one of his femurs, while the other fractures will heal on their own over time. Surgery took place on March 18th, and resulted in a positive outcome. He is estimated to not be able to place weight on both legs for approximately twelve weeks. John was able to go home on March 25th , and is slotted to start physical therapy in the near future.

John joined Kumar and Associates, Inc. (K+A), through Ripple Effect (a temp. placement agency) and transitioned to a full time K+A employee on February 14th. Just prior to coming on board at K+A, John turned 26, aging him out of his parents insurance, and had his accident a few weeks shy of his effective start date with K+A’s health insurance. With the “Perfect Storm” coincidences, the majority of his medical bills are being covered out of pocket. His parents are attempting to get him COBRA, for the time being, to help with upcoming appointments and therapies.

In his free time John enjoys snowboarding and taking care of his horse. While with K+A, John is always up for helping out around the Parker office and has shown great initiative in his work ethic.  We are happy that he will be okay but we are hoping to raise $5,000 to help with his medical expenses.